These Fudgy Kahlua Brownies were rich, dense, even a bit gooey. Brownie perfection in every bite!

With Kahlua in the batter and Kahlua painted over the top of the baked brownie, the subtle coffee infusion intensified the chocolate flavor without nary a whisper of coffee. If you love a touch of mocha in your brownies, these dreamy Kahlua Brownies are a must make recipe!!!

These have to be some of the fudgiest brownies I’ve ever made…just look at them!!!  Hubby noticed the Kahlua taste immediately, but the boys felt it was more subtle, they were all in favor of me making them again.

Though it doesn’t appear she’s actively blogging anymore, I hope you check out Andi’s blog, The Wednesday Baker. Thanks so much, Andi, for sharing this amazing recipe for the Secret Recipe Club. 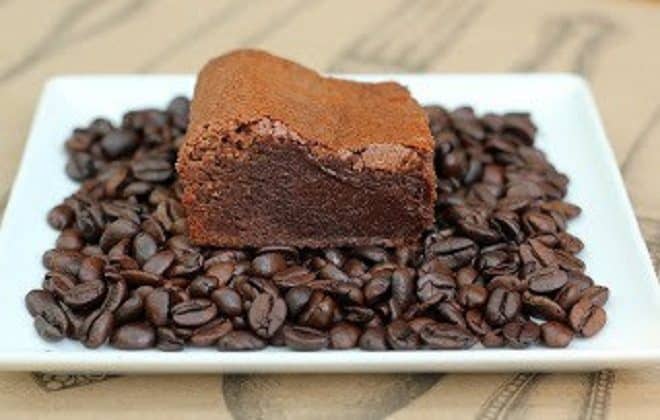 Adapted from The Wednesday Baker.

Note: This post may contain affiliate links; view my Disclosure Policy for details. I earn a small percentage from any purchase you make by clicking on these links at no extra cost to you.
Bar Cookies Brownies Chocolate Desserts