Rich Fudgy Cocoa Brownies: The ultimate brownie lover’s brownie plus they pack loads of chocolate flavor without a lot of effort!

My family has sacrificed their waistlines to taste test numerous batches of brownies and these dense, fudgy gems received rave reviews!

These rich fudgy cocoa brownies debuted when my blog was a fledgling site, in 2010. I’m surprised that it had more than two sentences of text, but the photos didn’t do these gems any favor!

My youngest, who is quoted below, had finished his sophomore year in high school and is now a 3rd year medical student. He’s home tonight and we laughed at his comment, which could easily have come out of any of my children’s (or husband’s, for that matter) mouths. 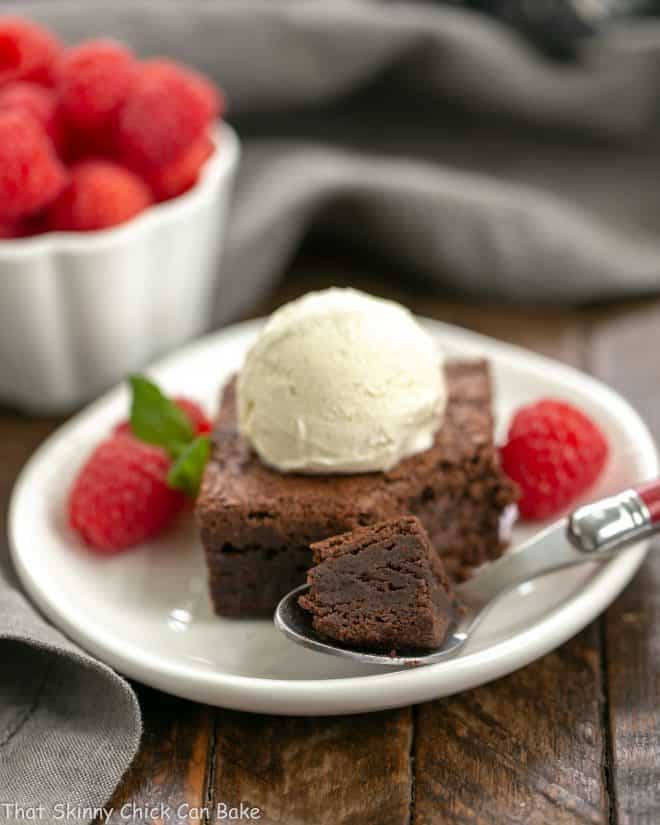 My youngest son, Nick, after digging in to these rich fudgy brownies remarked, “I never met a brownie I didn’t like…unless it had nuts or something.” He couldn’t even wait until they cooled before sampling. The rest of the crew agreed. 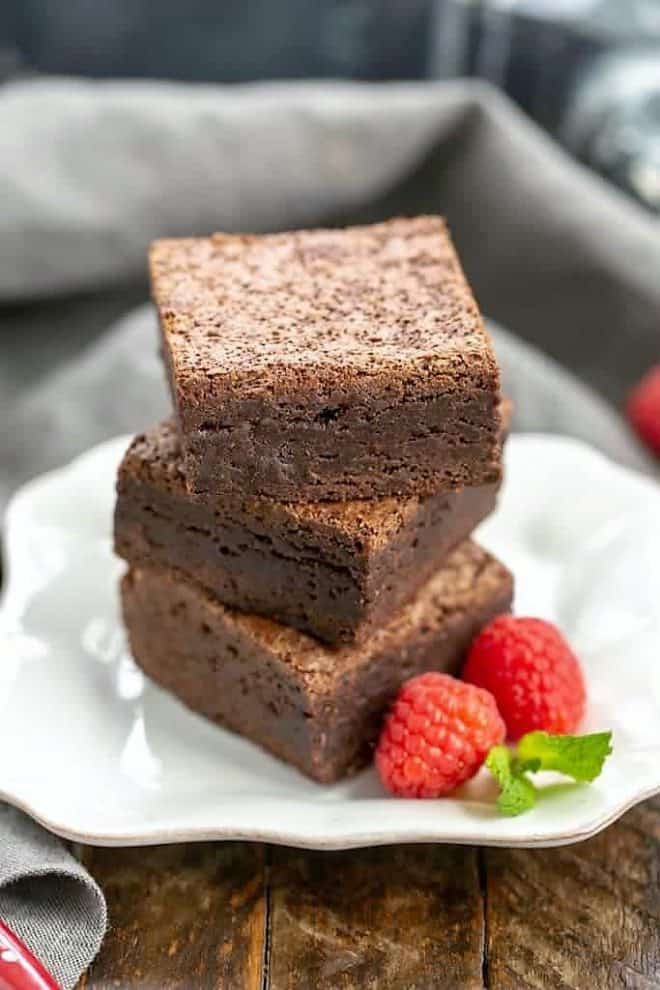 These brownies were given rave reviews on one of the cooking bulletin boards I frequent. Then a local friend recommended these same brownies as her favorite fudgy brownies.

She’s the one I saw running on the Monon trail who referred to my blog as the “skinny bitch” instead of the “skinny chick.” Bill got a lot of mileage out of that one at work. I think he even started a petition to change my blog’s name. Anything for a laugh with that guy!

The original recipe also has a ganache topping flavored with port soaked dried cherries if you’re looking for a more elegant dessert. My family would think I was nuts if I offered that option, but I bet it’s an incredible icing. I’ll have to test that version out on my more tolerant, adventuresome friends! If you love brownies, you’ll also want to make this Fudgy Brownie Pie!

I like to chill before cutting to make cleaner looking slices.

Note: This post may contain affiliate links; view my Disclosure Policy for details. I earn a small percentage from any purchase you make by clicking on these links at no extra cost to you.
Brownies Chocolate Desserts