This tasty twist on a German Chocolate Cake Recipe is so much easier than baking a full-fledged cake and definitely as rich and delectable!

It had been quite a while since I’d whipped up my Brownie Pie, a simple dessert composed of a rich brownie batter baked in a flaky pastry shell. To make it even easier, I decided to omit the crust and gild the lily with a topping of the classic German chocolate frosting recipe.

I could probably eat a bowl of this caramelly coconut icing with bits of pecans. It’s heavenly, especially for coconut fans like me. I gave my coconut phobic husband permission to scrape off his topping with strict instructions to save it for me! I call this a win for me and a win for him.

What Is German Chocolate?

What's in A German Chocolate Cake?

Now that you know what makes up German chocolate, you might surmise that this chocolate is a component of the cake. Since it’s similar to semisweet chocolate, that can also be used as a substitute. The first German chocolate cake recipe was posted in the Dallas Morning Star in 1957. Credit is given to Mrs. George Calay, a homemaker. So the cake is actually Texan, not German. Sales of German chocolate went crazy after this recipe was shared with the public.

Besides the German chocolate, a German chocolate cake recipe contains buttermilk, which makes for a moist, tender cake. It is also iced with a special German chocolate frosting recipe with coconut, pecans, sugar, butter, and cream cooked with eggs. If you love coconut and pecans, this is a to-die for cake filling and frosting!

How to Make a Brownie Pie

Memories of My Dad, AKA the Dude

German chocolate anything reminds me of my dad. Known by family and friends as “the Dude,” he passed away almost four years ago. I first shared this recipe with a twist on one of my Dad’s favorite recipes for Father’s Day. My dad was a huge fan of steak, sushi, tacos…well, almost everything except his mom’s oxtail soup.  Every birthday, my mom would run to our local Randall’s grocery store and pick up their bakery German chocolate cake. It was a huge treat for the whole family.

And, even though my dad denied liking sweets, he would eat every crumb off his plate! I created these German chocolate brownies as a tribute to the man who showed me the value of education, altruism, loyalty to family, and unconditional love. Though I get teary as I remember him, I know he’s been reunited with my mom, his cherished wife of over 50 years, and they’re sharing a bottle of red wine and laughing. That’s the way I remember them both. Nostrovia!!!

This recipe was first shared in June 2016. Photos and text were updated in 2020.

Note: This post may contain affiliate links; view my Disclosure Policy for details. I earn a small percentage from any purchase you make by clicking on these links at no extra cost to you.
Chocolate Desserts Entertaining 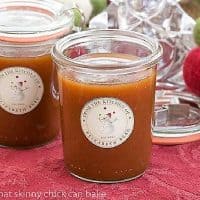 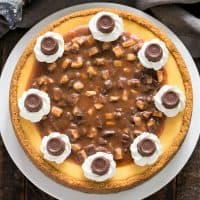 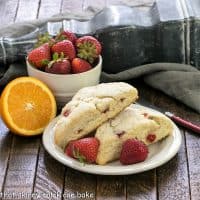 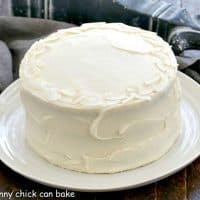 END_OF_DOCUMENT_TOKEN_TO_BE_REPLACED

©2021 That Skinny Chick Can Bake. Design by Purr.
Skip to Recipe