Since brownies and French silk pies are two of my family’s favorite indulgences, I knew this chocolate lovers dessert would be a hit with my crew. I was right on the money!!! 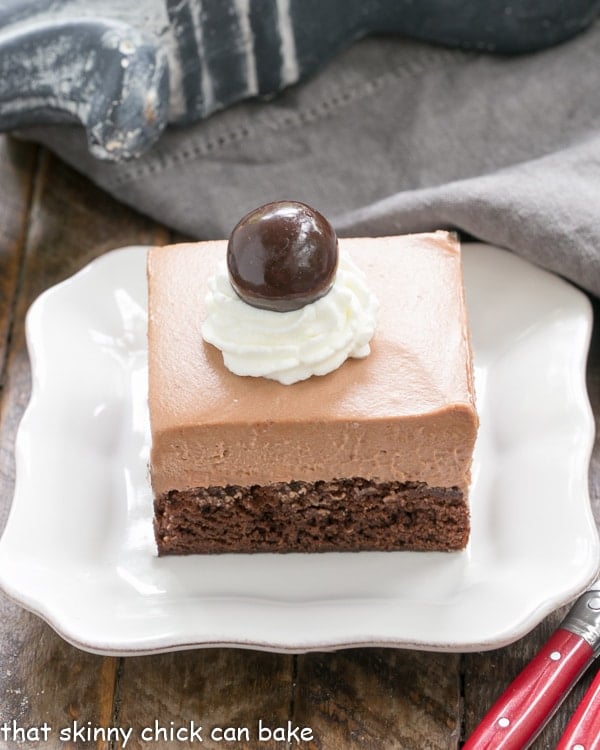 Growing up, we’d often drive to the big metropolis of Des Moines, Iowa, so my mom could get her shopping fix. Our treat for behaving was a trip to Baker’s Square for a slice of pie; their French silk won my heart. Years later, recipes like this thick and luscious French Silk Pie from Shugary Sweets inspired me to start making this dessert at home! So when I received an advance copy of my friend Haley Parker’s, new cookbook, Two in One Desserts: Cookie Pies, Cupcake Shakes, and More Clever Concoctions, I zeroed in on her luscious French Silk Pie Brownies. 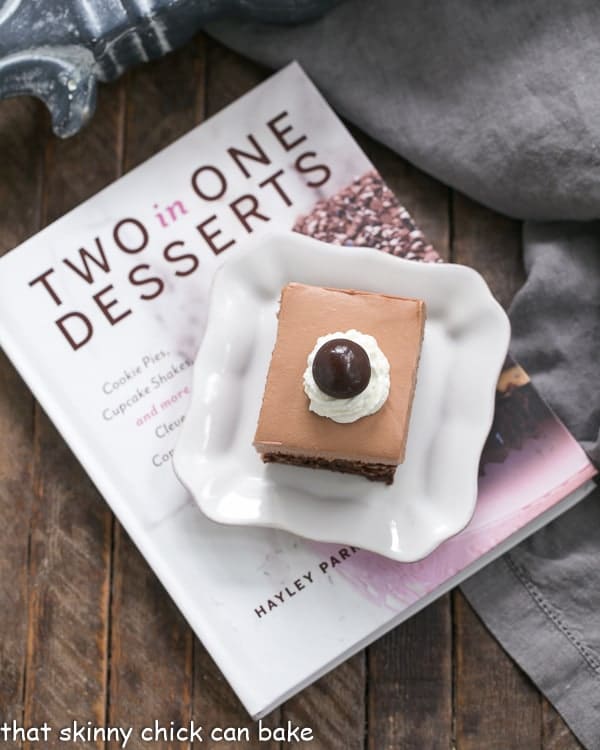 So Many Clever Concoctions

Of course, the combination of fudgy brownies and French silk pie appealed to my chocoholic family. The melding of two desserts in one is the keystone of this dessert filled cookbook. You’ll find combinations you never imagined, and all these treats are super easy to make. Love brookies and ice box cakes?  Then why not make the Sinful Brookie Icebox Cake? How about a Tiramisu Pie? I know I’ll be making that! Sugar Cookie Cheesecake Bars also caught my eye. Plus Haley has a wicked sense of humor and her commentary throughout the cookbook made me smile, giggle and even laugh out loud. 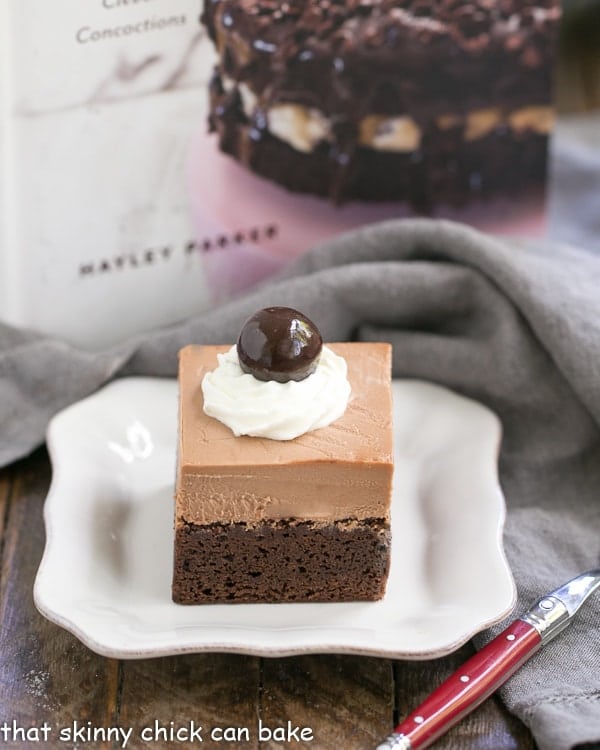 These French Silk Pie Brownies are a winner with a capital W! My daughter, who usually proclaims my chocolate desserts are “too chocolaty,” gobbled these up. I gave a few slices to a neighbor and she and her family swooned over every bite. Plus, she was thrilled when I shared how simple these were to create. You’ll want to order this cookbook NOW.

Haley’s marvelous cookbook hit the shelves on June 20th and is available wherever books are sold, as well as Amazon and QVC. But Haley generously gave me a second copy of Two Desserts in One to give away to one of my lovely readers. Just scroll down to the Rafflecopter and answer the required question to enter. Open to folks with a US mailing address only. Scroll to the bottom of the post to enter! (This giveaway is closed).

*I like using this Stabilized Whipped Cream instead of Cool Whip. You’ll need a double batch.

Total time varies depending on brand of brownie mix. I used a Ghirardelli mix and made these in a 9 x 9-inch baking pan. The smaller pan made for a thicker topping, but if you want to feed a crowd, make sure your brownie mix has baking instructions for a 9 x 13-inch pan. I bought mine without checking!
I used a Cool Whip substitute made with cream cheese, confectioners' sugar and vanilla.

Note: This post may contain affiliate links; view my Disclosure Policy for details. I earn a small percentage from any purchase you make by clicking on these links at no extra cost to you.
Bar Cookies Brownies Chocolate Desserts Entertaining