At our house, a chocolate cake is always devoured in record time. This Flourless Chocolate Cake with Ganache Topping certainly hit the mark: rich, irresistible, and uber-chocolaty! There will be audible swooning!

Also known as an Earthquake Cake since it rises and sinks like a souffle and develops cracks that look like geologic faults and fissures.

Hubby called one morning letting me know that the cath lab was having a pitch-in, and they wanted a dessert from me instead of his traditional offering of soda or napkins.  He later reported that one of the employees gasped when they saw his name on the sign-up sheet. I imagine that his coworker was picturing a package of Oreos or a box of Ding Dongs as Bill’s contribution. Nope, he was lucky this time, and I sent him in with this terrific chocolate cake. He brought home an empty plate!

This flourless chocolate cake has an extra step when compared to the others I’ve shared. The eggs are separated and the whites are beaten to stiff peaks. If you’re new to whipping egg whites, there are a couple of pointers below that will help you be successful.

You will need a 9-inch springform pan. This is the kind of pan used to make cheesecakes with a removable rim. The pan should be greased, then a 9-inch round of parchment paper is placed on the bottom of the pan and greased. I like using Baker’s Joy, a flour and oil non-stick baking spray. You can find it or a similar product where Pam and oils are located in the grocery store.

Melt the Chocolate and Mix the Batter

Bake and Glaze the Cake

I assure you, this flourless chocolate cake with ganache topping is worth the effort, and Bill, when pressed for his critique, waxed poetic over his love for this earthquake cake. He also reassured me that he’d take care of cleaning the ganache bowl, which meant sampling quite a bit!

What is an Earthquake Cake?

Because of the addition of whipped eggs whites, this cake rises to the top of the springform pan in the oven, then collapses when it comes out of the oven. The top will have cracks and fissures, just like the ground after an earthquake.
Instead of flour, the eggs provide the structure. When mixed with the melted chocolate and butter combo, the result is more fudgy than cakey. Folding in the whipped egg whites is reminiscent of making a souffle, so it’s no surprise that it rises in the oven, then cracks and falls. The photo above illustrates why some call it an earthquake cake!

Is This Cake Gluten-Free?

Make sure not to get any fat, including egg yolk, into the egg whites or they will not whip properly. 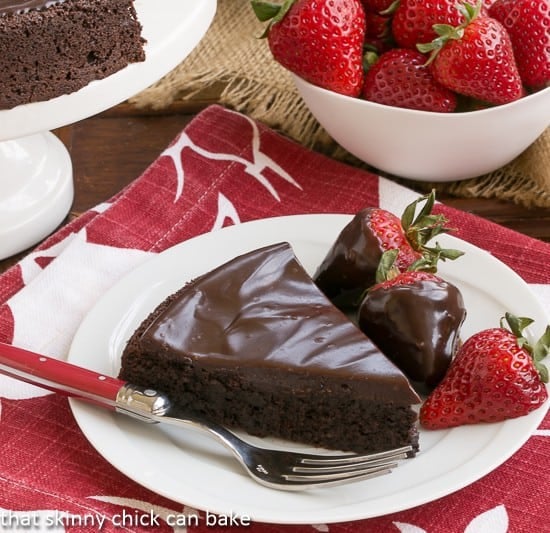 One layer, flourless and absolutely decadent! 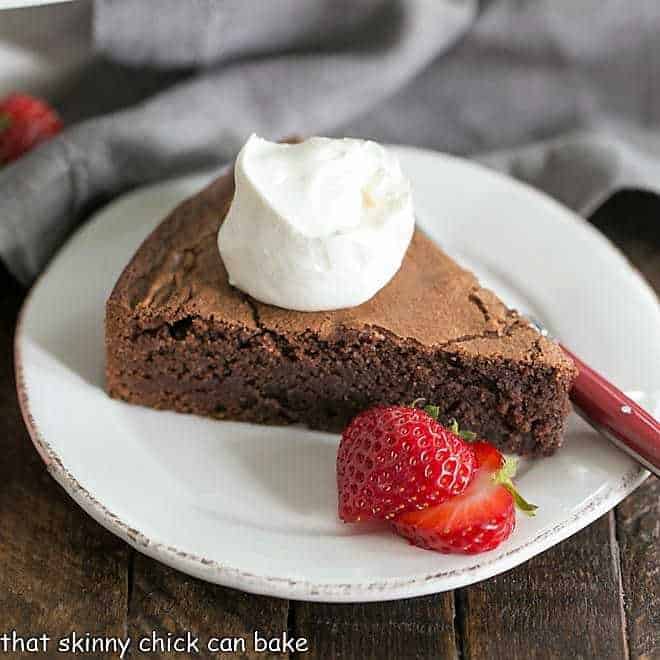 A dense, delicious flourless chcolate cake made with almond meal. 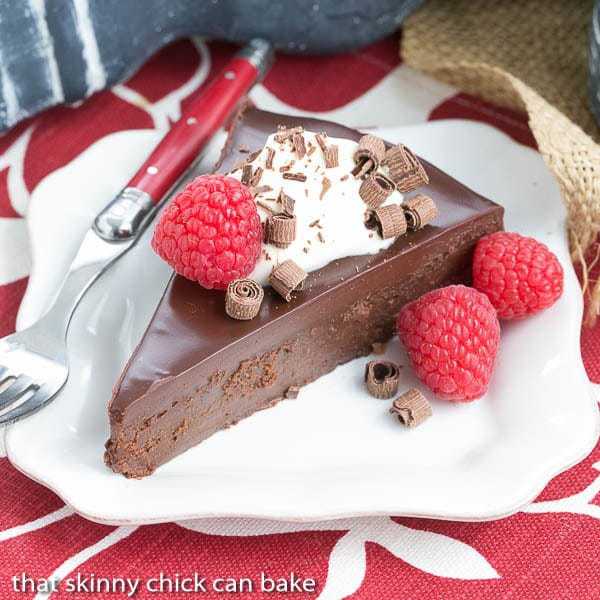