If you’ve been hunting for tender, melt in your mouth cinnamon rolls, these Moomie’s Cinnamon Buns are what you’ve been waiting for!

This Cinnamon Rolls Recipe baked up perfectly, so soft and sweet. A terrific addition to a breakfast or brunch menu, your family and friends will give these rave reviews! 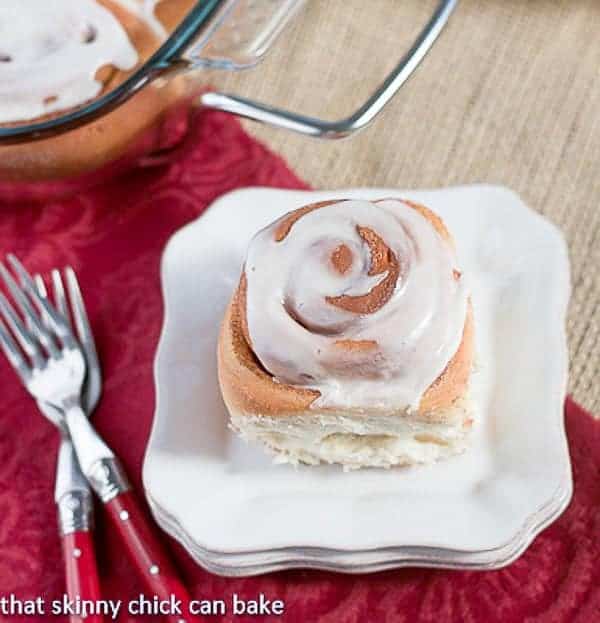 I was lamenting that I was unable to find Red Star Platinum Yeast in my area. A slough of my baker friends have been using this premium instant yeast for years, and I was more than a little envious. Well, I was twice blessed when I won a Red Star Yeast Giveaway from my talented friend, Shulie, of Food Wanderings, AND the folks at RSY heard my predicament and sent me a boatload of wonderful yeasts to try.

This Moomie’s Cinnamon Buns recipe was my first attempt using the Platinum Yeast and it worked like a charm. I was going to make these for Easter but baked up a trial batch the week before. Well, because I just couldn’t wait. And, my family just adores cinnamon buns. 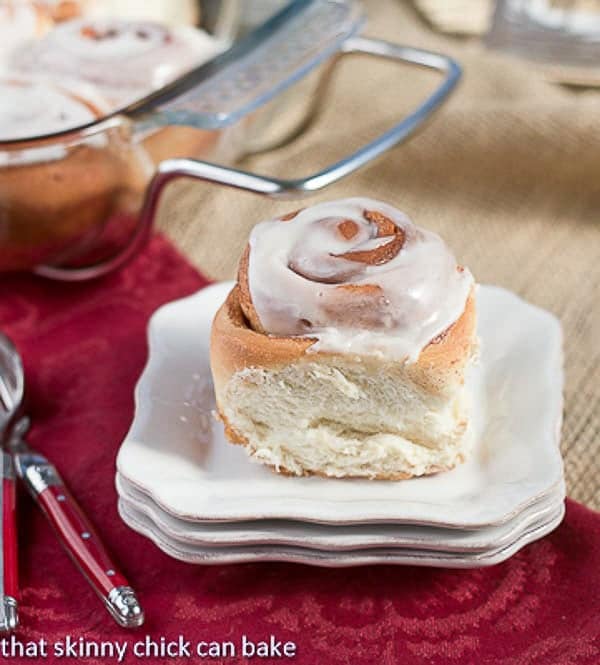 Bill’s grandma lived with him, his parents and two brothers when they were boys. She had a weekend routine of making cinnamon rolls. No recipe needed; she knew it by heart from years of experience. Over the years, I have heard that her cinnamon rolls were melt-in-your-mouth tender and delectable. I think this dough comes close.

Bill was headed to Illinois again this weekend to be with his dad as he started his second round of chemo. I sent him these iced, old-fashioned cinnamon rolls hoping that they would pique the dwindling appetites of both his parents. And I’m hoping they bring back some memories of those heavenly buns made with love so many years ago. His tiny Irish mom ate two…and his dad went back for seconds mid-morning. A success!!! Whew.

And if you like these, make sure you check out the heavenly Moomie’s Buns that also drew rave reviews from my family.

PS…since I wrote this post, my dear father-in-law has failed both rounds of chemo and is gravely ill. Any good thoughts and prayers would be welcomed. xo

Note: This post may contain affiliate links; view my Disclosure Policy for details. I earn a small percentage from any purchase you make by clicking on these links at no extra cost to you.
Bread Breakfast