This darned tasty Tuna Noodle Casserole from Scratch is not your mom’s tuna casserole!  Ditch the canned soup and the bargain-basement tuna, and make a casserole the whole family will love.

Every year, when Lent arrives, the hubby begs for his mom’s Tuna Casserole Recipe (my mom’s, too!). I finally decided to make a version that every palate will enjoy!! 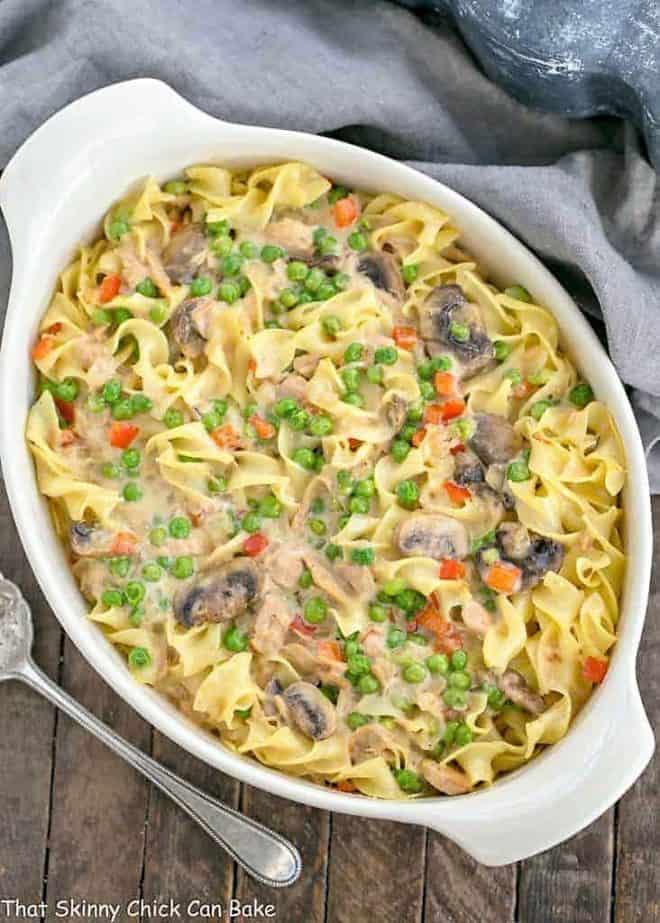 Why You’ll Love this Tuna Casserole with Noodles

Bill grew up on the same tuna casserole that my mom made and served with a canned tuna, canned cream of mushroom soup, and a topping of crushed potato chips. It was one of only two seafood items that he would eat when we got married. The other was made from a can of salmon.

Quite the seafood connoisseur, eh? I couldn’t handle all the sodium and finally drew the line and only made tuna casserole on rare occasions during Lent. That is until I started making a tuna noodle casserole from scratch AKA tuna casserole without canned soup! 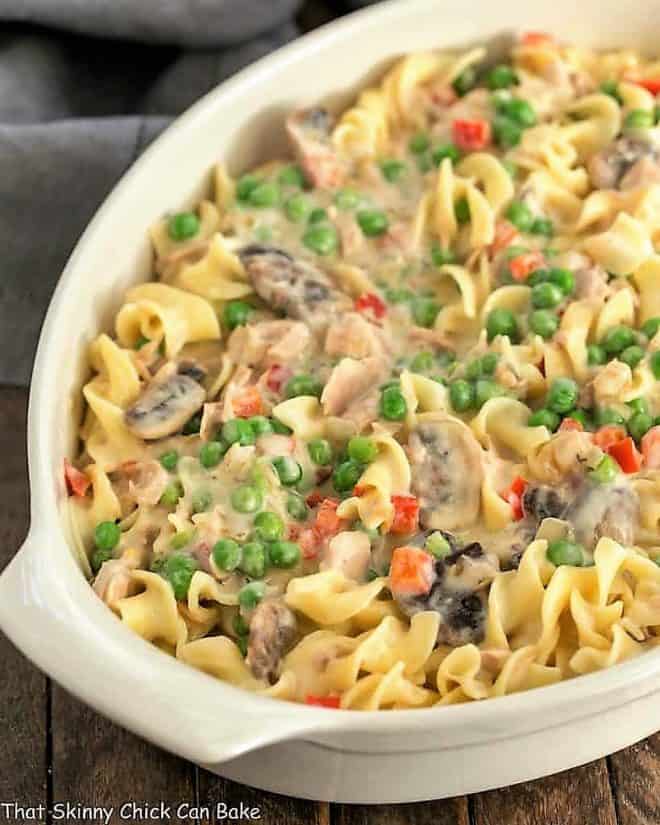 Ironically, when my parents were newlyweds, my mom made her tuna casserole many, many times. Being Catholic, back in the day, they had to abstain from meat every single Friday. Eager to please his new wife, my dad threw her a compliment or two and she made this dish nearly every Friday from then on.

He finally couldn’t bear it anymore and told her to cease and desist! Thank goodness there are many more Lenten dinner options available to home cooks these days. I bet my dad would have enjoyed this no soup tuna casserole chock full of mushrooms and veggies. 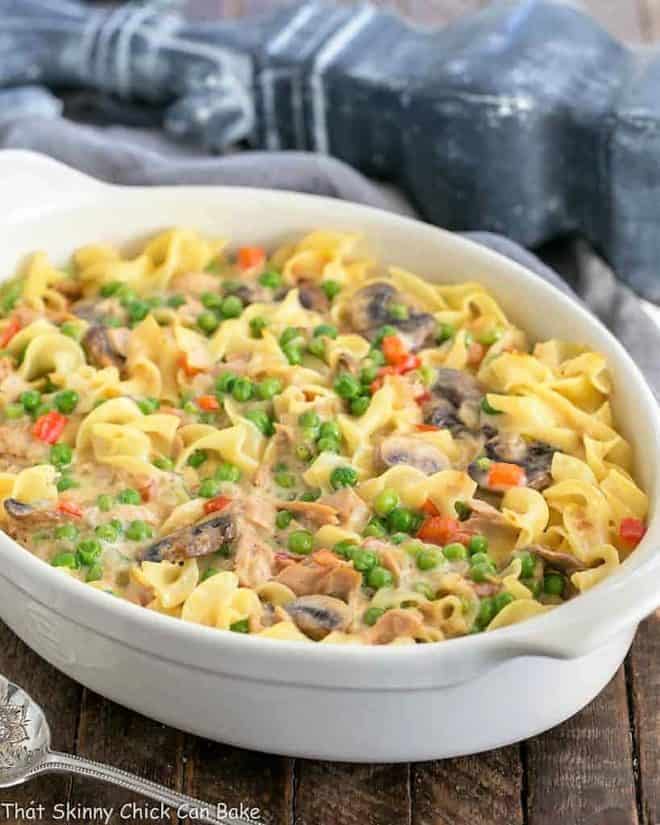 Tips for the Homemade Tuna Casserole:

Add mixture to a large bowl.

In a medium bowl, add drained tuna and lemon juice. Using a fork, break the tuna into bite-sized pieces and gently mix so the lemon juice is distributed. Set aside.

In the same pan, melt 2 more tablespoons butter. Add flour and whisk to combine and cook for about a minute. Whisk in warm cream and cook until flour is incorporated, then add chicken broth and continue to cook until mixture thickens. Whisk in both cheeses.

Cook pasta in well salted water until just al dente. Drain and add to bowl with vegetables. Add peas and tuna. Gently toss to combine.  Taste and add salt and pepper to taste, if needed. Preheat oven to 350º.

Taste before adding additional salt as some brands of broth are very salty.

Note: This post may contain affiliate links; view my Disclosure Policy for details. I earn a small percentage from any purchase you make by clicking on these links at no extra cost to you.
Entrees Meatless Pasta Seafood