Coconut cream pie is creamy and decadent, making it the perfect holiday dessert. A coconut crust filled with creamy coconut laden custard, with a decadent whipped cream topping. This easy cream pie recipe will give everyone at your holiday table something to be thankful for!

This decadent coconut dessert is inspired by Tom Douglas, the renowned Seattle restauranteur. 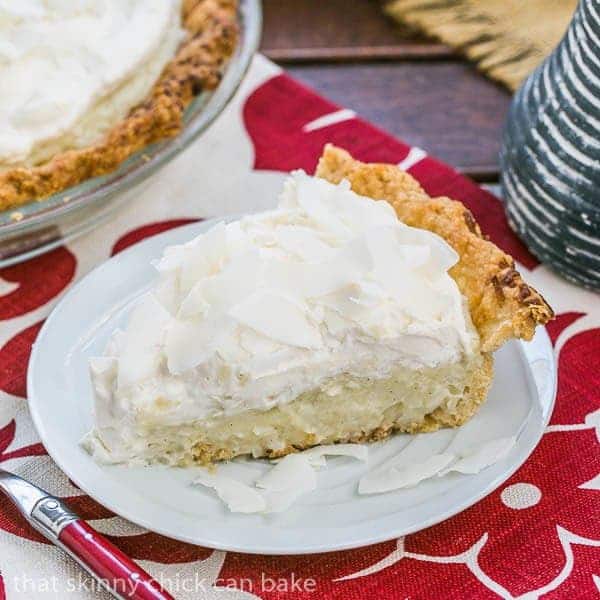 You either love or hate coconut. I’ve been a lover ever since I had a bite of my first coconut filled chocolate in a Whitman sampler as a child. My sisters and I would walk down to Campustown to Ben Franklin’s and buy my mom a box of sweets for her birthday or Mother’s Day.

I’m not sure it was a totally altruistic move, as I think we ate way more of the confections than she did. Unfortunately, the hubby is on the other side of the fence. Not a coconut fan at all. So I made this luscious Coconut Cream Pie when we had some friends over for brunch. I’d get my fix and could send the leftovers home with our company. Win-win!

We gorged on homemade sausage, grilled bacon, chicken crepes, and a spinach and Gruyere strata. Then out came the desserts—this coconut cream pie and a strawberry cheesecake trifle. One of our guests asked for a take-home serving of the pie, stating that he didn’t even like cream pies nor coconut, but this dessert obviously won him over.

His wife reported that he ate a nice slab for his dinner that night! Now if that isn’t a ringing endorsement, I don’t know what is! I kept sampling sliver after sliver. I should have just cut myself a slice. If you’re a coconut fan, this is the pie for you!! 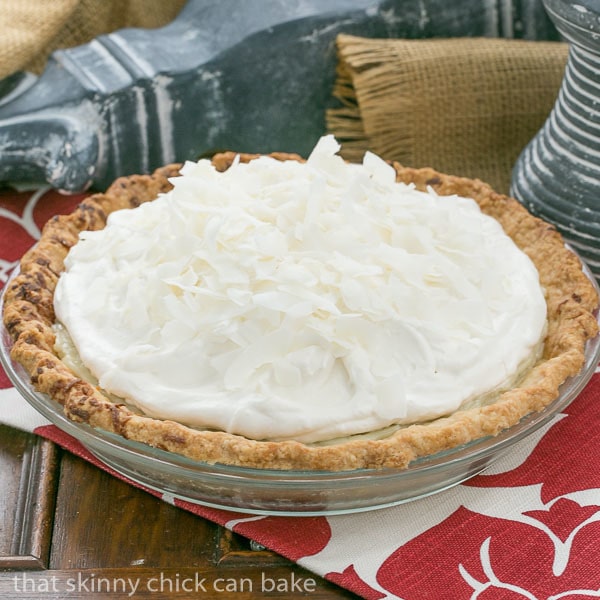 To make this coconut cream pie recipe, you may need:

For the coconut filling

For the coconut crust:

Note: This post may contain affiliate links; view my Disclosure Policy for details. I earn a small percentage from any purchase you make by clicking on these links at no extra cost to you.
Desserts Holidays Pies